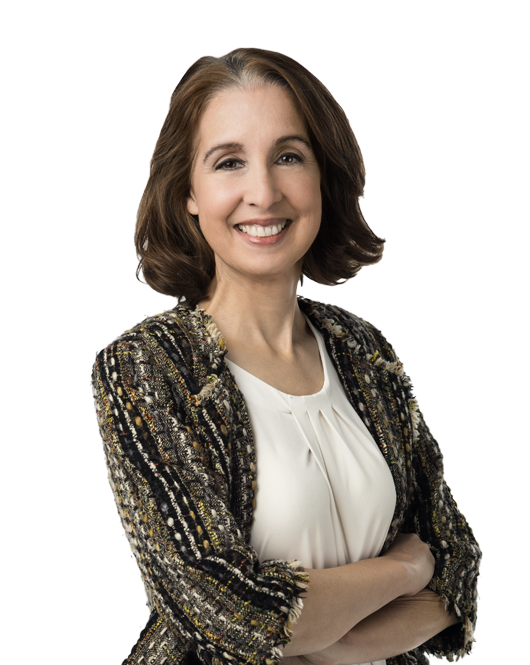 Laura Ferguson specializes in appellate litigation and resolving complex litigation matters through dispositive motions. She has won dismissals in a dozen cases on motions to dismiss or for summary judgment and has won numerous appeals, including a unanimous decision from the Supreme Court. Ms. Ferguson is skilled at finding the winning argument and crafting clear, readable, accurate, persuasive briefs that get results for her clients. She also regularly submits amicus briefs at the Supreme Court and Courts of Appeals on behalf of clients on a wide range of issues.

With more than 20 years of experience as a litigator, Ms. Ferguson has extensive experience in all aspects of civil litigation, including managing the fact and expert discovery process (including foreign discovery) and preparing the case for trial. In managing the discovery process, her approach is to stay focused on the issues that matter to her client, being strategic in when to bring issues to the court and to avoid being drawn into costly, needless sparring with opposing counsel. Her representations often involve high stakes, multi-year litigation involving issues of first impression. Her engagements have spanned a variety of subject areas, including the creditability of foreign taxes, whether non-sovereign foreign governmental organizations can be sued under various human rights statutes, the extra-territorial reach of U.S. patent laws, the constitutionality of United States Department of Agriculture (USDA) administrative claims resolution process and the scope of Employee Retirement Income Security Act of 1974 (ERISA) preemption.

END_OF_DOCUMENT_TOKEN_TO_BE_REPLACED

U.S. Discovery For Use In Foreign Proceedings: Navigating Cross-Border Discovery Under 28 U.S.C. § 1782

The Anti-Terrorism Act: The Next Wave of Contractor on the Battlefield Litigation?

Why a Manhattan Court Erred in Magyar Telekom Jurisdiction Ruling